The City of Paso Robles holds its general municipal election on the first Tuesday after the first Monday in November in even-numbered years, the same day as the statewide general election. General Elections results may be found on the County Clerk Recorder web site.

A Consolidated General Election will be held in the City of El Paso de Robles on Tuesday, November 8, 2022, for the following officers and ballot measures:

How to Run for City Council 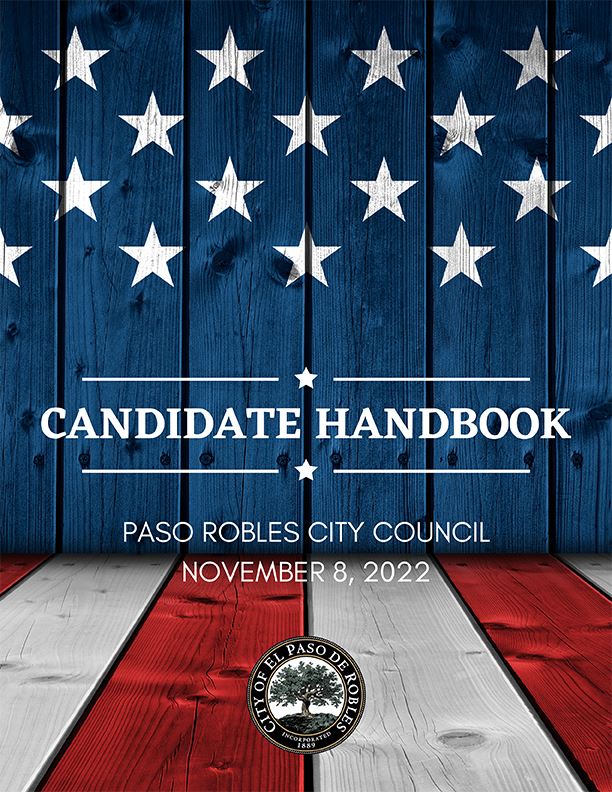 Step 1:     Contact the City Clerk for an appointment to pull nomination paperwork between
July 18, 2022 through August 12, 2022.  Nomination paperwork will include a nomination paper that will  need to be signed by not less than 20 nor more than 30 registered voters within their district boundaries if running for City Council or within the Paso Robles city limits if running for mayor.   Candidates should make their initial appointment with the clerk allowing for enough time to get the signatures and return them to the clerk prior to the August 12, 2022 5:00 PM deadline.

Eligibility requirements to run for office are:

If you have general questions, contact the City Clerk at cityclerk@prcity.com or call 805.237.3960. For past elections information, click here.

To find out who your Federal, state and local elected representatives are right now, visit SmartVoter or EasyVoter, or check the San Luis Obispo County Elections Division or your the Paso Robles Library reference desk. You can also see a list of the members of the Paso Robles City Council.

By obtaining their contact information, you can reach out to them at any time. It is your right to let your elected representatives know how you feel about the issues that are important to you.