On the heels of the June 22nd River Fire in Paso Robles, the City continued to advocate for the ability to implement a Salinas Riverbed Emergency Plan to mitigate hazardous fire fuels present in the Riverbed. After receiving the proposed plan on June 26th, and meeting with the City on June 30, 2020, the Regional Water Quality Control Board (RWQCB) granted approval for the City to implement the Emergency Plan.

The emergency plan will allow the city to continue improving and expanding the firebreak created in 2019, while a long-term plan to manage the vegetation is developed. Work will begin July 1, 2020, and it will consist of equipment mowing, crews weed whipping and additional mastication to expand the depth of the firebreak throughout the river. Portions of the River Walk will be closed to the public while equipment is operating in those areas. We continue to aggressively address this problem to protect the citizens and visitors of Paso Robles. 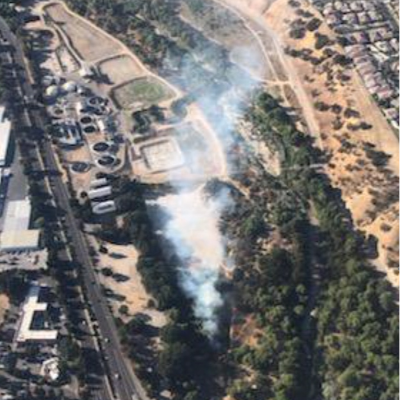 June 26, 2020 The Executive Officer of the Central Coast Regional Water Quality Board, Matt Keeling, responded favorably to the concerns expressed by local elected officials and the people of Paso Robles regarding the methods to be used to mitigate fire hazards in the Salinas Riverbed.  Read the response here:

Together, they called for the California Environmental Protection Agency to prioritize the lives of the city’s residents and allow Paso Robles to immediately implement critical, necessary, and responsible fire abatement measures within the Salinas Riverbed. See the related letter sent in the photos and view the video captured by KEYT here.